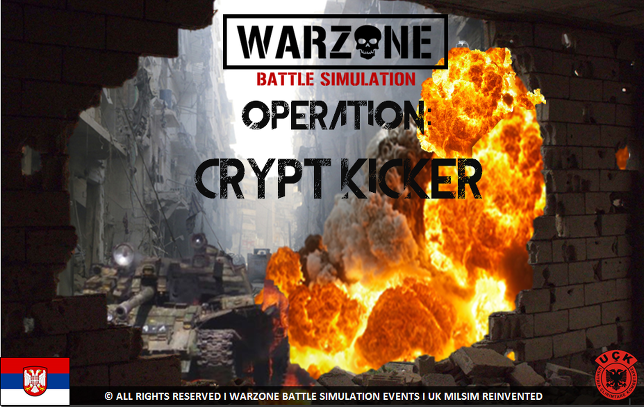 The Serbian Armed Forces were prevented gaining a temporary foothold in the village by the bitter defence conducted by the Kosovo Liberation Army.
The UN forces (KFOR) assisted where they could but they were concerned primarily with locating SAM positions and preventing any futher attempts to deny UN control of the airspace.
The fight now moves North, to the village of Lepsvig.
The SAF forces are forming up to take over the village in its entirety and make an example of its inhabitants. The KLA are amassing their own forces to take the fight directly to the SAF and demonstrate exactly what the SAF should expect from here on in.

We will attend this event with some members and prospects.
We will play KLA side.